Why You Shouldn’t Go On A Diet This Year 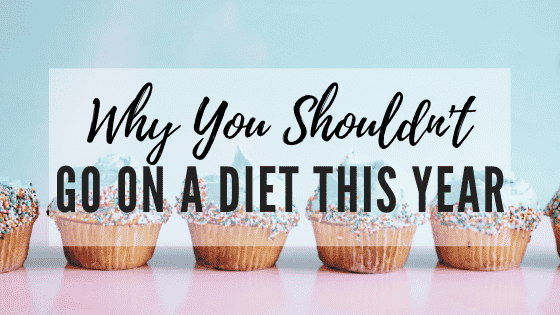 Another year, another opportunity to make a resolution. If you’re like the majority of American’s, you may have made a New Year’s Resolution to get healthier or lose weight. But here’s why you shouldn’t go on a diet this year. 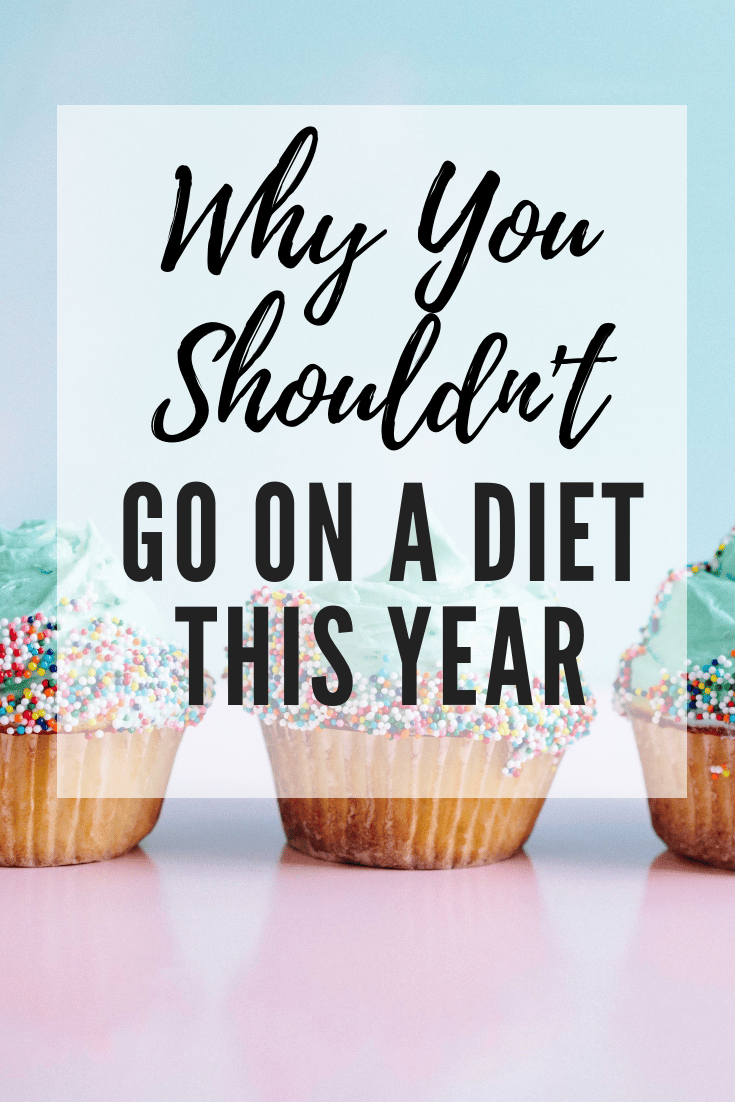 It’s January, which means we are all getting inundated with dieting “inspiration” posts, ads and articles.  Many people will resolve to lose those extra 10 pounds, or take part in Dryuary (no alcohol for a month? Count me out), or cut out sugar once and for all. Or maybe you’re thinking of starting the Whole 30 diet, giving up dairy or going gluten-free? While most people start out the year motivated, the majority of these dieting resolutions quickly fails. This year, instead of blaming your lack of willpower or self-control, realize that dieting itself is the problem.

Not only do we know that diets aren’t sustainable (we talk about going “on” a diet…and anything you go “on” you’ll eventually go “off”!) but dieting actually increases your risk for gaining weight. 90 to 95 percent of people who lose weight on diets will regain it back, and two-thirds of those people will end up at a weight higher than they started out at. A review of 31 long-term studies on dieting showed that going on a diet is a consistent predictor of weight gain. So not only is dieting ineffective at losing weight, but it can actually cause weight gain. All diets should come with a warning label: “Known to cause weight gain.”

Our bodies are smarter than we think. Dieting is a type of forced starvation and our bodies are wired for survival. When you start to restrict types and amounts of food your body switches into survival mode, which can mean uncontrollable cravings, overeating and binges. Think about it – as soon as you tell yourself you can’t have something, what is it you think about? That’s right, the exact food you are trying not to eat. The more you try not to eat, say, chocolate or candy, the more likely you are to overeat it once you get access to it, since you don’t know when you’ll be able to eat it again. This has been extensively studied and can be explained in part using the science of food habituation. Habituation means that the more you are exposed to something, whether that be food, noise, or a certain smell, the less you notice or care about it. For example, after living in New York City for nine years I’m completely habituated to loud sirens and don’t even register that sound anymore.

The same thing happens with food. The more you are exposed to a food, the less your brain thinks or cares about it and the desire to eat it diminishes. This has been studied with all types of food including pizza, potato chips, mac and cheese, even chocolate. These are the same types of foods (“trigger foods”) that people often say they can’t have in their house because they’ll go overboard and eat too much. Ironically, by keeping it out of your house, you’re training your body to want these foods even more. If you were to keep these foods around you all the time your brain would place less of a reward value on them and the less you’d want to eat. Want to learn more about ditching the diet? Start today with my Intuitive Eating Crash Course! It’s 100% online, self-paced and you get lifetime access to modules, videos, discussions, downloads, a free discovery call with me and much more!

Why You Need to Give Yourself Permission to Eat Anything

I always considered chocolate my “trigger food” so I never kept it in my house. I felt like I had no control and would just eat it all. Then I had a roommate whose boyfriend brought treats to our apartment every weekend. At first, I did go overboard (hello half-pint of Talenti!). But eventually, once I realized that there would always be ice cream in our freezer, I got used to it being there and it became less special. Now I can keep all sorts of chocolates and desserts in my apartment and not think twice about it. Since I know that those foods will always be there, and I have given myself permission to eat them whenever I want, it makes it easier to know when I really want a treat and when I don’t actually feel like it. Ironically, my “I am a chocoholic and need to have some every day” identity disappeared once I kept more chocolate in the house. I came to realize that I generally only want chocolate once or twice a week (well, with the exception of my pre-period week – then all bets are off!)

Instead of blaming your lack of willpower, blame the diet and dieting behavior.

This is habituation. While having your “trigger food” in the house may cause you to overeat at first, over time your brain gets used to the exposure and will start to crave them less and less. For example, say someone said you could eat every night for dinner. While that may taste great for a few nights, by night five or six the food will have lost its allure and you’ll wind up eating less than you did the first night.

There’s another piece to the puzzle of why diets don’t work: the guilt-deprivation cycle. When we diet or restrict certain foods or food groups, you’ll eventually feel deprived. This will lead to cravings, followed by overeating which causes you to feel out of control, ashamed and guilty. To regain control, you start dieting and restricting again, trying to be “good” – which eventually leads to deprivation, overeating, followed again by guilt. And the cycle continues. 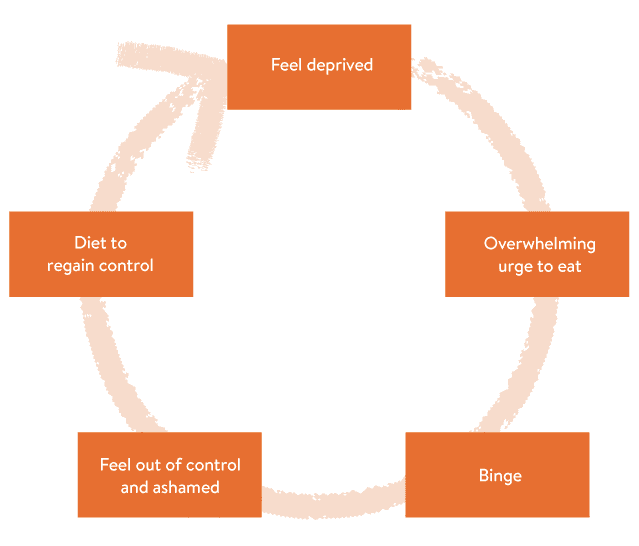 What to Do Instead of Dieting

Instead of starting yet another diet this year, learn to become an intuitive eater and build a better relationship with food and your body. Intuitive eaters eat based on internal signals like hunger, fullness and satisfaction. They let go of the misconception that certain foods are good or bad, and eat what they want without feeling guilty or ashamed. They accept that once they normalize their eating patterns, by eating according to hunger and fullness cues, their body will settle at its natural set point weight. Head over to my post How to Get Started with Intuitive Eating for my 5 tips on how to become an intuitive eater.


Are you interested in learning more about Intuitive Eating?

My team and I work with clients virtually throughout the US, helping people who are frustrated with dieting heal their relationship with food and say goodbye to diets once and for all. Learn more about our intuitive eating nutrition coaching programs to see how you can find balance and develop long-term lifestyle habits, no diets required. 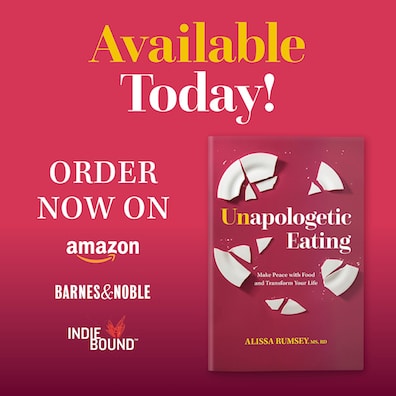