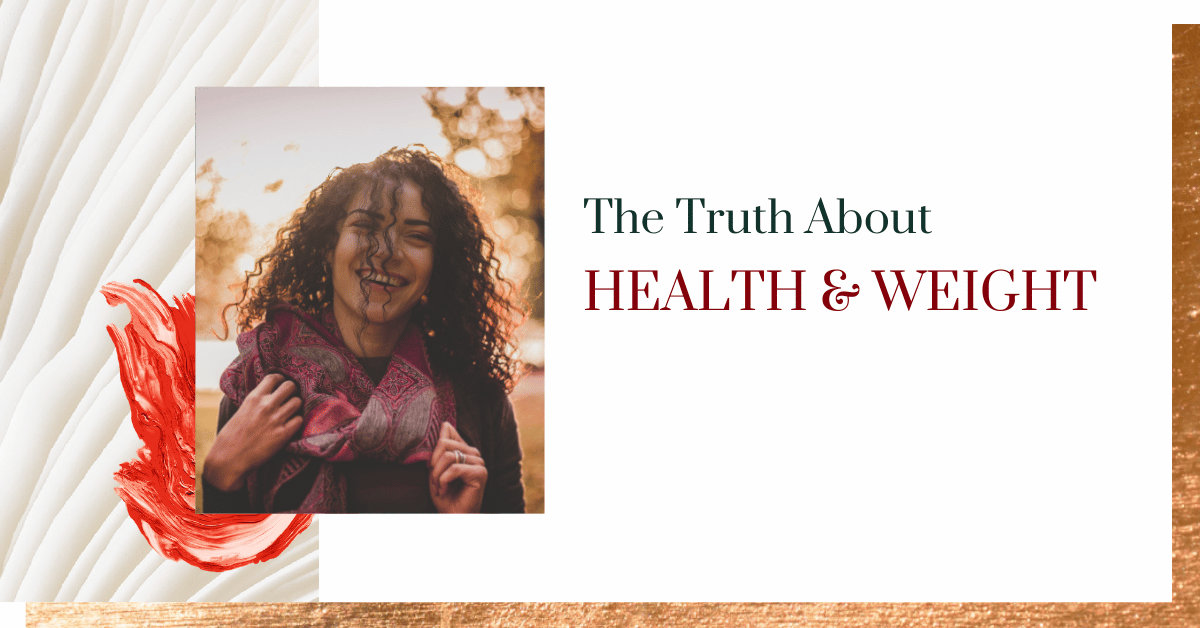 We’ve often been told that higher weights cause certain diseases, which has led most public health messaging to focus on ‘weight loss’ as the way to improve health. In reality, there is no evidence to support that weight causes diseases…so why have we been told this? Read on to learn the truth about health and weight and why we need to shift our focus to behaviors rather than body size.

This post contains edited excerpts from my new book, Unapologetic Eating: Make Peace with Food and Transform Your Life. 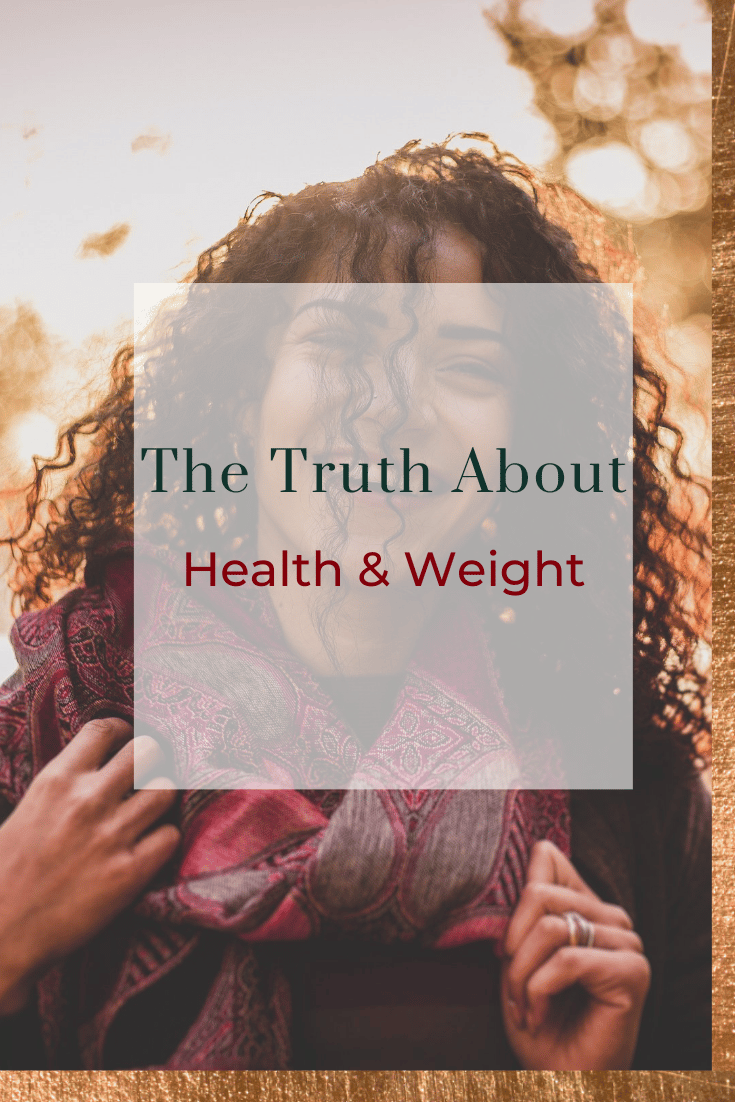 When I was in school to become a dietitian, everything I was taught linked weight to health. Someone has diabetes? Help them lower their blood sugar by losing weight. Heart disease? Prescribe a cardiac diet and weight-loss counseling. At the time, I truly believed I was helping people. If only I could educate people about nutrition and calories, then they would lose weight and—because of this—be healthier. I mean, calories in/calories out, right? As it turns out, no. How wrong I (and our weight-centric education system) was.

Despite mainstream medical advice, weight and health are not as inextricably linked as diet culture has led us to believe. It is impossible to tell anything about someone’s health based on their body size. Neither body weight nor BMI are good indicators of health and, despite what you’ve probably heard, being at a higher weight has not been shown to cause disease.

Correlation is NOT Causation

Although certain diseases may be associated with higher weight, it is important to distinguish between correlation and causation. And there here is no evidence to show that a higher weight causes chronic diseases. In order to better understand why, it’s important to remember a rule of research: correlation does not imply causation. This means that just because two things are related, we cannot assume that one thing caused the other.

In their book Body Respect, Lindo Bacon and Lucy Aphramor use cigarette smoking to help explain this concept. Smoking cigarettes causes yellow teeth; it also causes lung cancer. Although yellow teeth are correlated with lung cancer, it doesn’t mean they cause lung cancer.

The same holds true for weight. Higher weights are correlated with certain diseases, but it doesn’t mean they cause the disease. Blaming weight, or “obesity”, for poor health is like blaming yellow teeth for lung cancer. The truth is that weight and health are associated, but weight isn’t the underlying cause for poor health—a person’s weight may simply be an effect of other variables that are the actual causes of health, such as genetics, environmental causes, weight stigma, and behaviors like diet and exercise.

Despite the lack of causation, in our weight-centric society, “weight loss” is often prescribed as a way to achieve health. However, there are many problems with the “evidence” to support this approach. Nearly all the studies that link “obesity” with diseases rely on people reporting their own information (including their weights) rather than the data being directly measured by researchers. Researchers then use this information to draw conclusions about how the body mass index or BMI influences health (and as I’ve written about before, the BMI equation has many, many problems). The researchers do not have evidence that the higher weights came before the diseases and certainly no evidence that higher weights caused the diseases.

Additionally, many of these studies do not take into account other factors that may be contributing to diseases, such as access to medical care, genetics, socioeconomic status, and the effects of weight cycling and weight stigma (both of which have more of an effect on our health then what we eat). Yet all of these criteria do play a role in the development of diseases, independent of what someone weighs – meaning, if someone hadn’t experienced weight stigma or weight cycling, they would not have developed the disease. Even if these surveys show higher rates of disease at higher weights, many other factors can be contributing to the increase in disease.

Despite what healthcare professionals, government agencies, and popular media may say, there is no research to prove that higher amounts of weight or body fat cause diseases like heart disease, cancer, diabetes, or stroke. Weight and health are associated, but weight isn’t the underlying cause for poor health.

A person’s weight may be an effect of other variables that are the actual causes of health, such as genetics, environmental causes, weight stigma, and behaviors like diet and exercise.

If Not Weight, Then What?

The recommendation to lose weight is made despite extensive research that shows that in terms of modifiable health risks, a person’s behaviors—not their weight—impact their health most. When a person eats more nutrient-dense foods and starts exercising, disease markers like blood sugar, heart rate, and blood pressure decrease. This decrease happens even when a person doesn’t lose any weight.

For example, a study on high blood pressure and physical activity found that blood pressure and resting heart rate decreased regardless of whether the person lost weight. One group of people in the study lost weight, whereas another group did not, but both groups saw a similar improvement in their blood pressures—meaning that the improvement came from the health behavior change (in this case, exercise) rather than the weight. (1)

This shows us that health can be improved regardless of whether we lose any weight.

Viewed another way, we also don’t have any evidence that weight loss alone improves a person’s health or lowers their risk of disease. If that were the case, we’d all be prescribed liposuction to suck the fat from our bodies. But, as one study showed, liposuction alone does not lower any markers of disease, including blood glucose and markers of inflammation. (2 3) Or, if you look at research in people with type 2 diabetes, one review found that after an initial drop in blood glucose and insulin levels, 6 to 18 months later those markers had increased to where they started, even when people maintained their weight loss, which again means that behaviors (along with several socioeconomic factors) most impact our health. (4)

Because of our societal focus on weight loss, people often feel discouraged when they make beneficial health behavior changes and don’t see weight loss. Though they are making changes that positively impact their health, but because the primary measure typically used for measuring success is weight loss, they think that what they are doing isn’t working and then stop practicing these beneficial behaviors.

If we shift our focus from weight to behavior and encourage intuitive eating and movement, we create space for people to celebrate their success based on how they feel, their energy levels, their relationship to food, movement, and other people, their sleep patterns, and so much more. In this shift, people will not be encouraged to engage in restrictive or harmful behaviors to lose weight, and we will no longer make assumptions about someone purely based on their body size.

Looking at it from many different angles – health, well-being, inclusivity – it is a win-win all around.

This blog contains edited excerpts of my new book, Unapologetic Eating: Make Peace with Food and Transform Your Life.

This blog post was compiled by Autumn Rauchwerk, a dietetic intern and Registered Yoga Teacher living in Brooklyn, New York. Follow her on Instagram (@autumnrosewellness) or on her website to learn more and join her for free and donation-based virtual yoga classes. 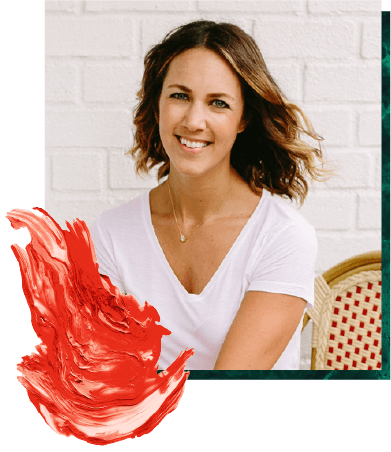 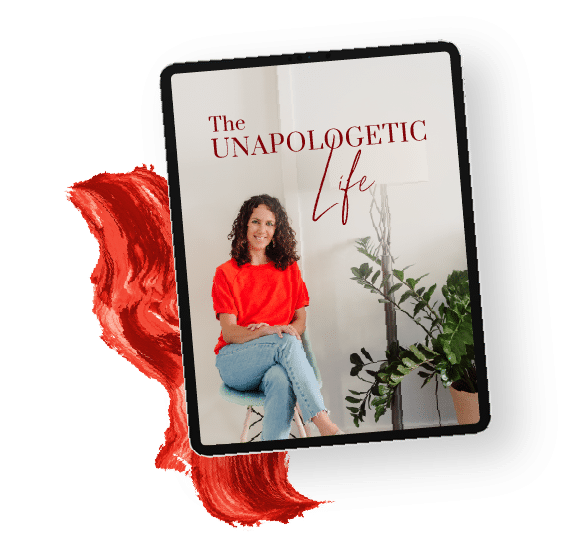 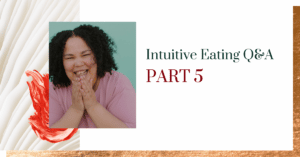 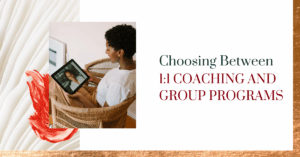 How to Choose an Anti-Diet Support Option 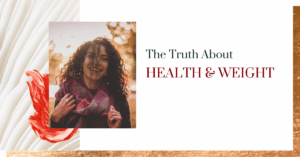 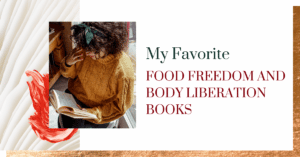 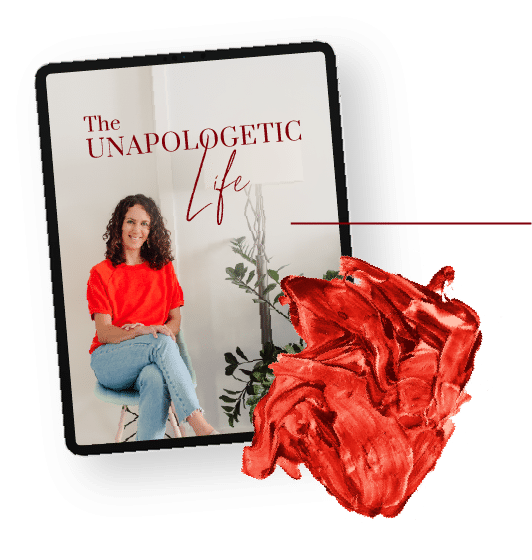